»A future firmly rooted in the past«

Niederrheinische Formenfabrik Janssen GmbH was founded in Krefeld in 1872 by our ancestors and we continue to operate as a family-owned factory, currently in the 5th generation. While our great-great-grandfather sold his hand-carved wooden speculaas-biscuit moulds, the very first cookie formers were developed and assembled in the ensuing years.

It all started with shepherds who carved figures to combat boredom. Our founder, Gerhard Janssen, a trained sculptor, worked for his father-in-law in the yeast trade and found a way to further develop this skill displayed by the shepherds. In the yeast trade, he had regular contact with the bakers in the city and environs and rented the shepherds’ specially prepared baking moulds to the surrounding bakeries. In 1872, Gerhard Janssen founded Formenfabrik Janssen and solicited graduates from the school of applied art in Krefeld to produce high-quality models, carved wooden moulds, which could then be sold on a larger scale throughout the region. Gerhard Janssen produced moulds for shortcrusts and marzipan. 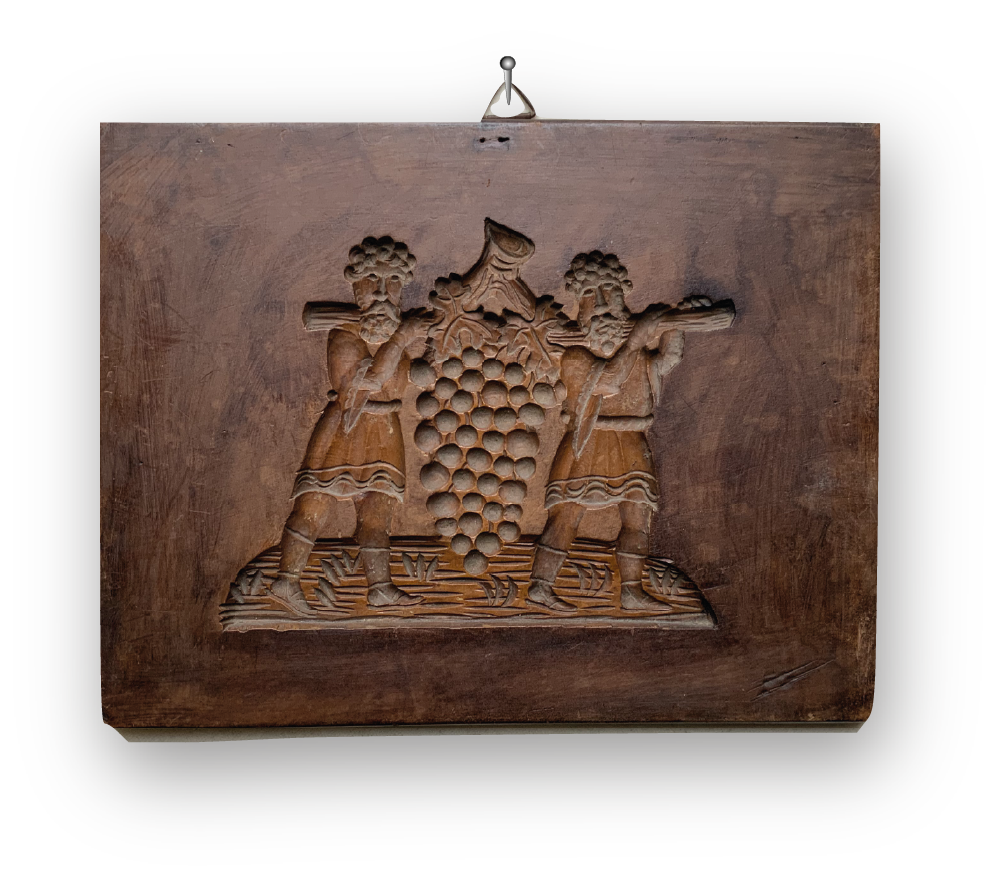 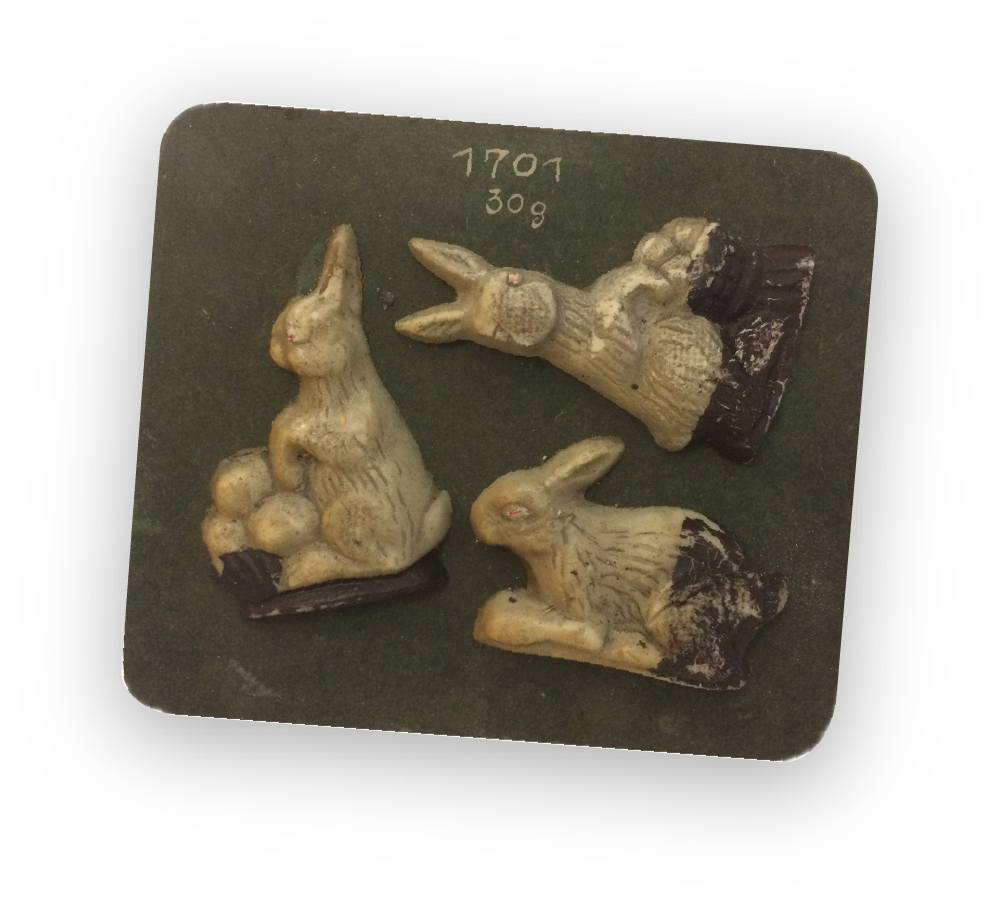 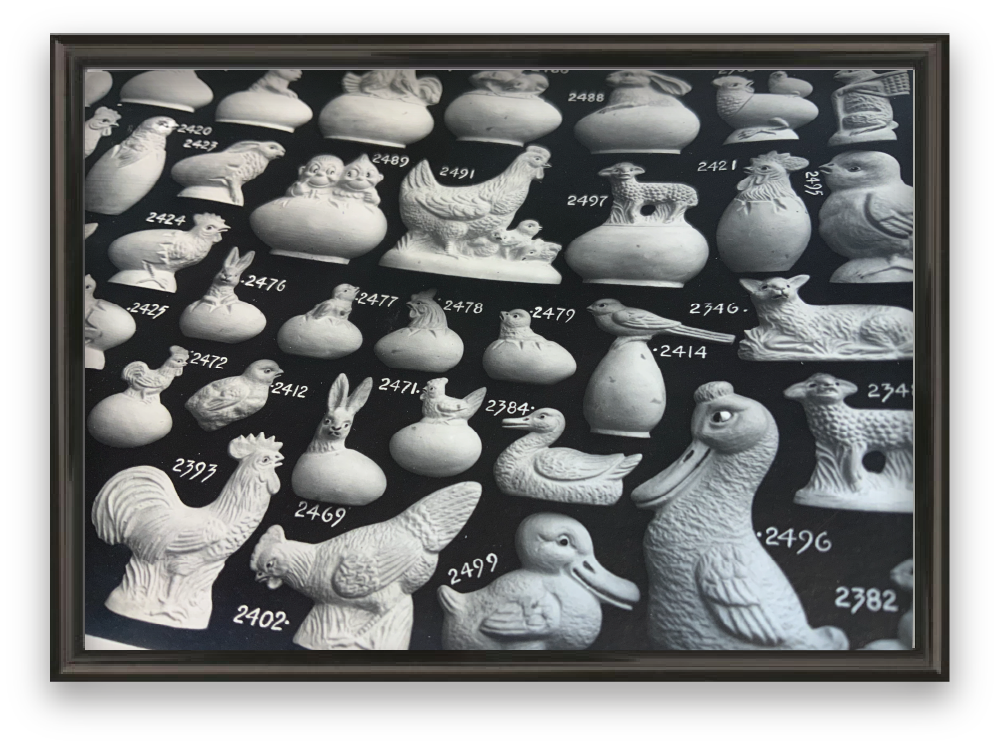 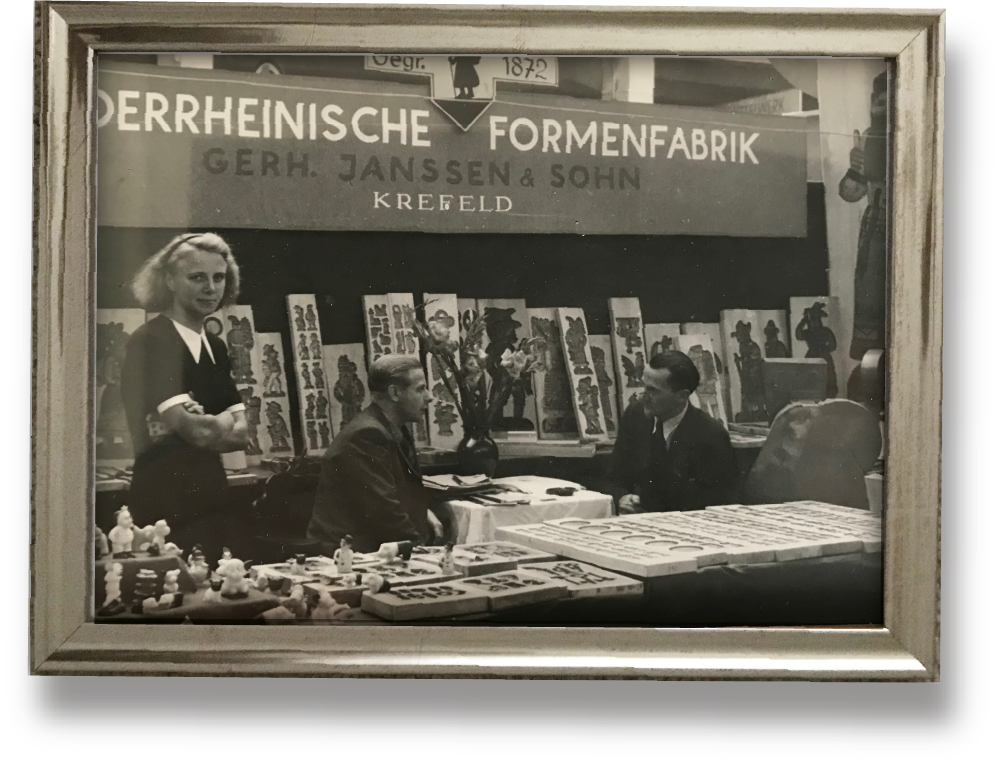 This principle is widespread even today, especially in the mass production found in large companies. The cookies produced using this principle (suction band principle) tend to be hard and crisp and can be found in all large commercial markets. 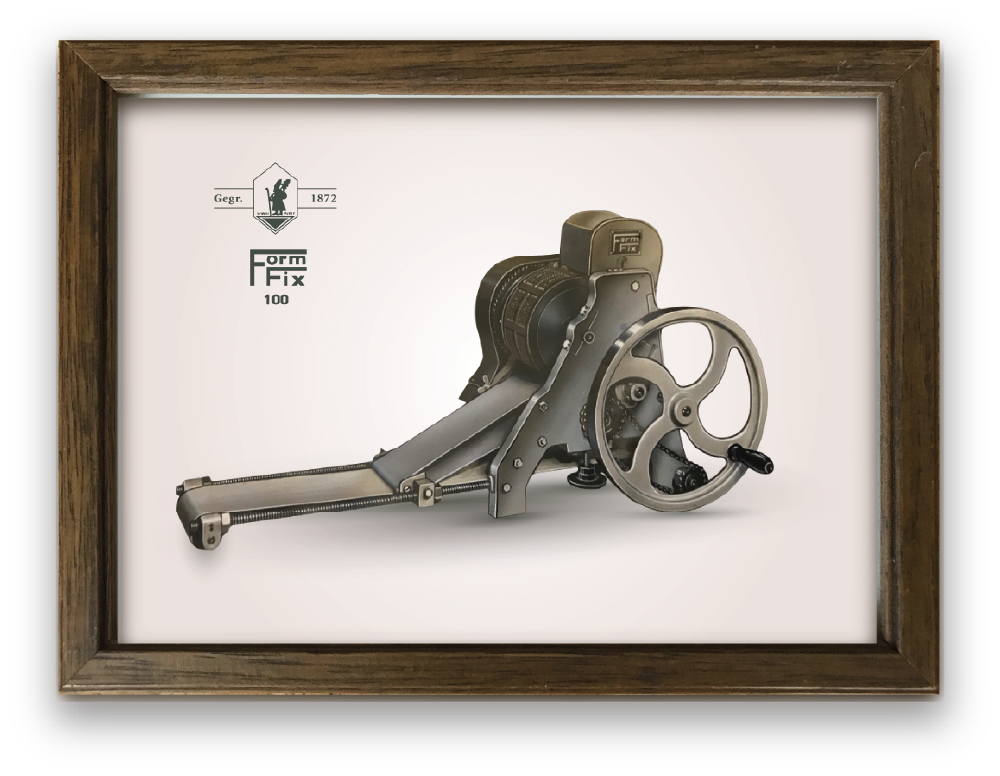 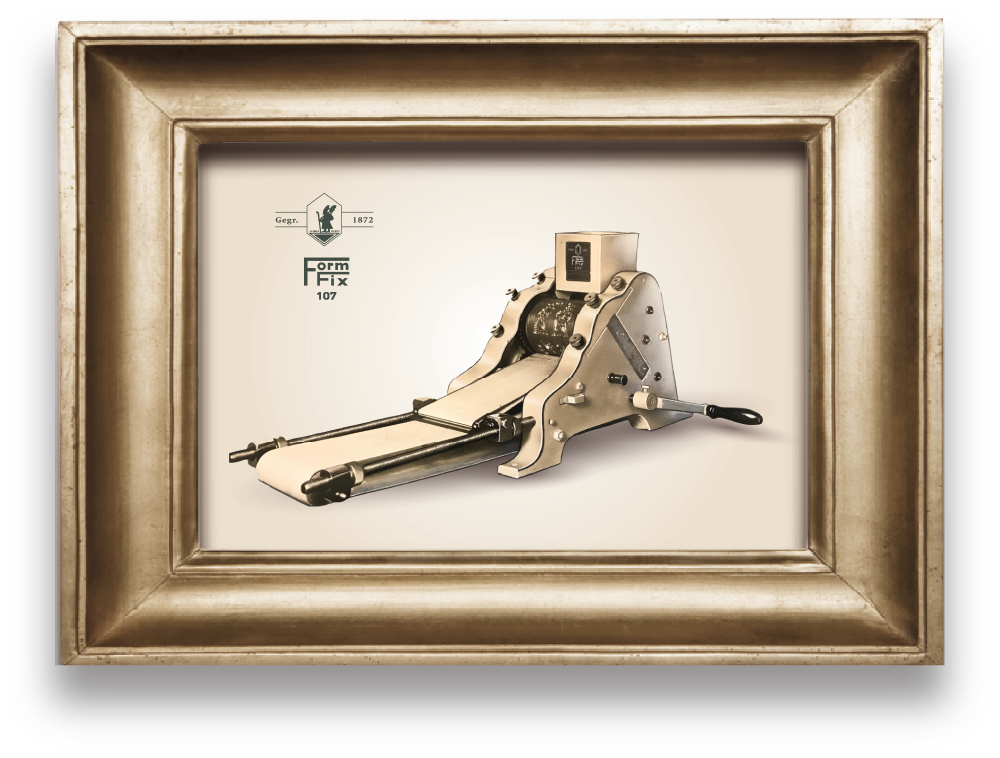 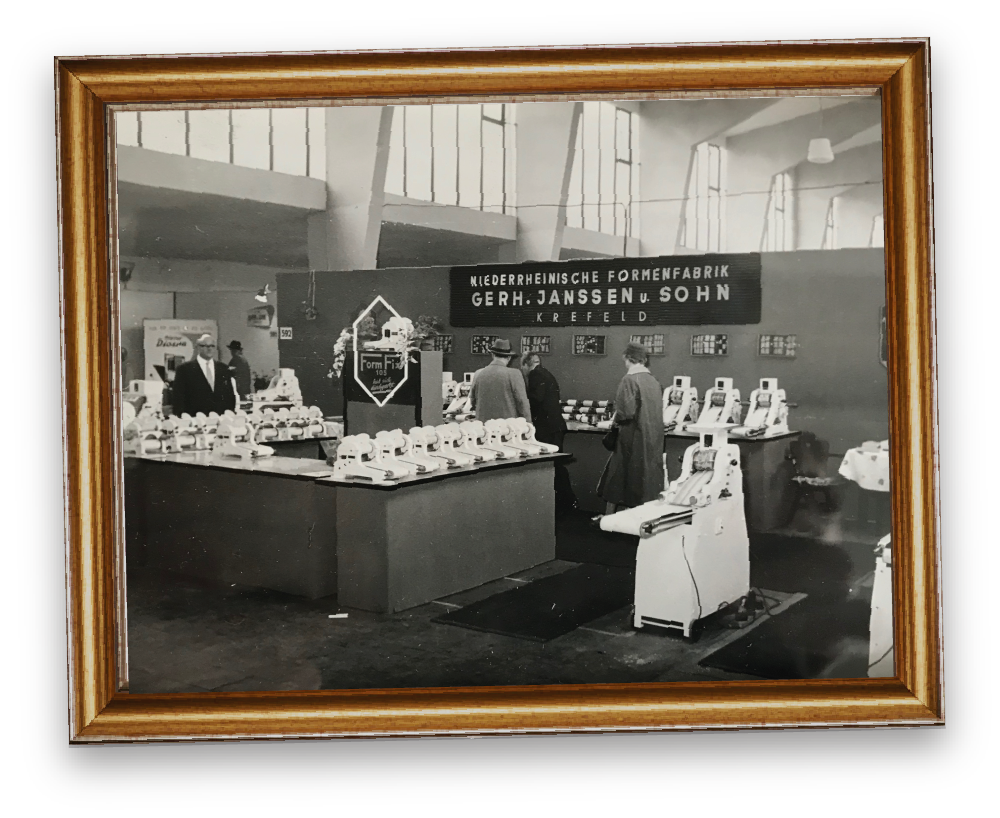 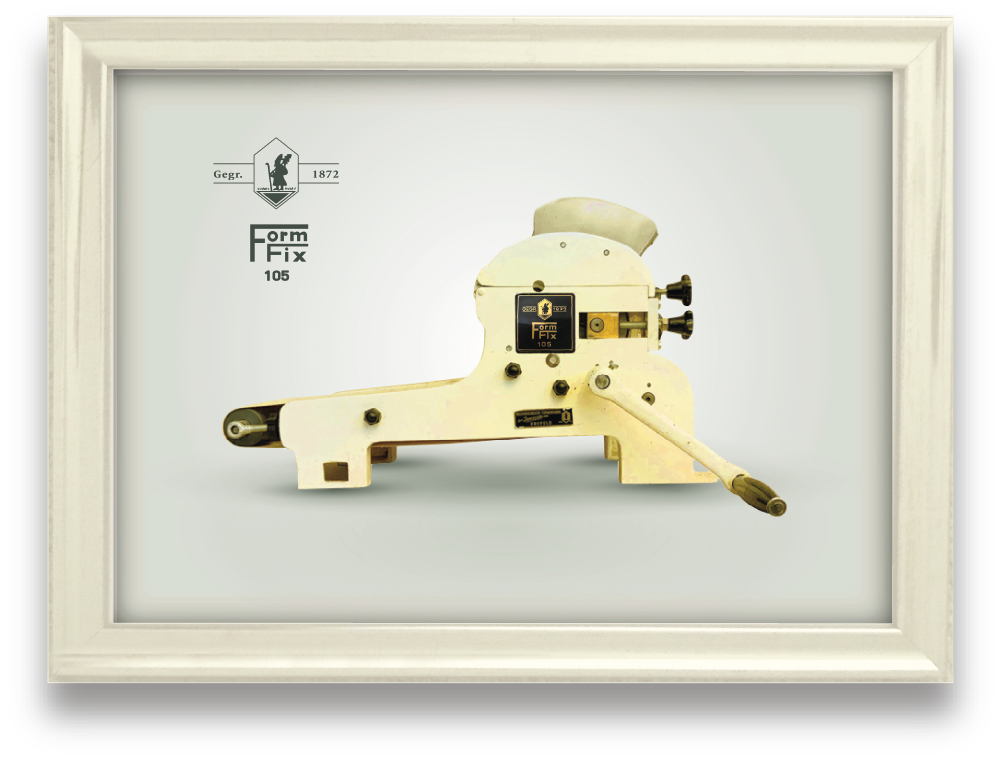 Ultimately, electrification became a factor for Janssen as well and the apparatuses later became electrically operated machines. Due to the electric drives, which were superior to muscle power, the machines could now be made wider so that larger baking sheets with cookies could be loaded. Sculptors and graduates of the school for crafts and arts in Krefeld worked at Janssen and produced the individual, intricate pattern rollers. 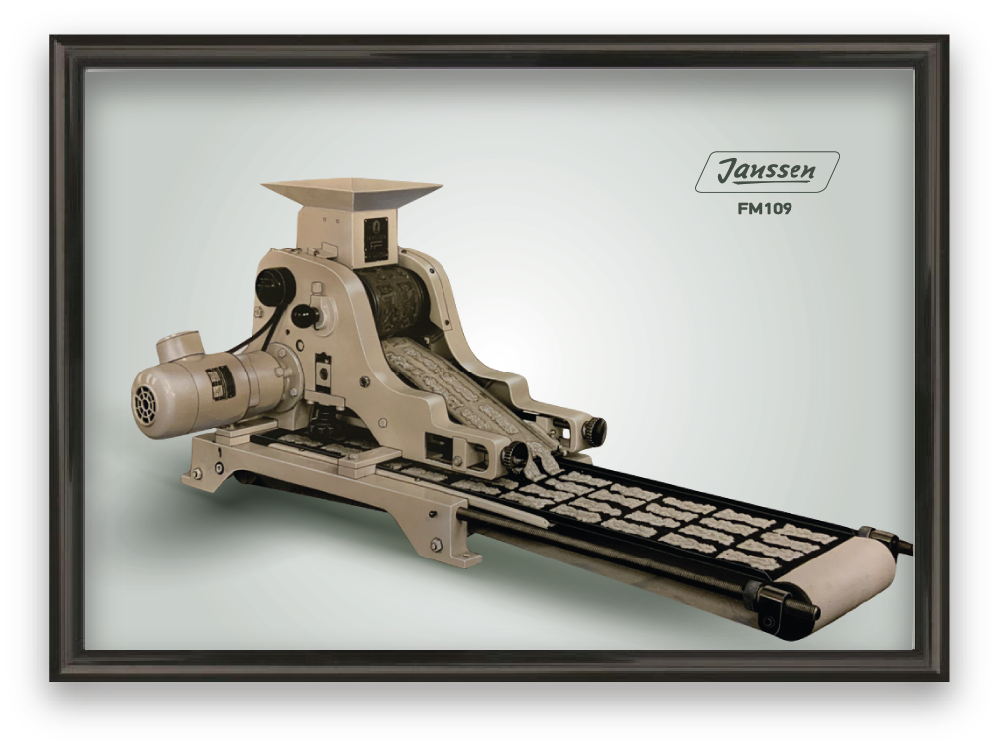 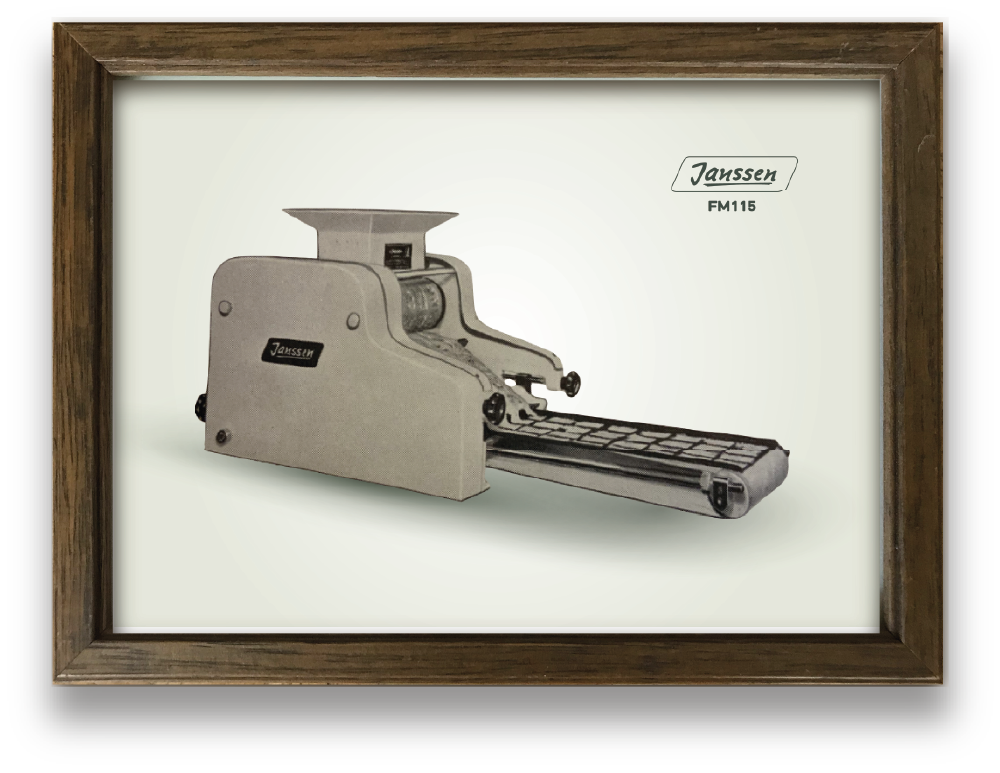 Even today, this principle for cookie moulding has changed very little, but the design requirements have become ever more demanding in recent decades due to the variety of recipes and hygienic standards. The modification of the operational technique (from the suction band principle to the principle of cutting) also facilitated the moulding of more crumbly doughs with a higher fat content, thereby creating a distinguishing characteristic relative to the industrial, mass-produced cookies. The new principle of cutting allowed the processing of many different types of dough and thus a larger range of recipes. 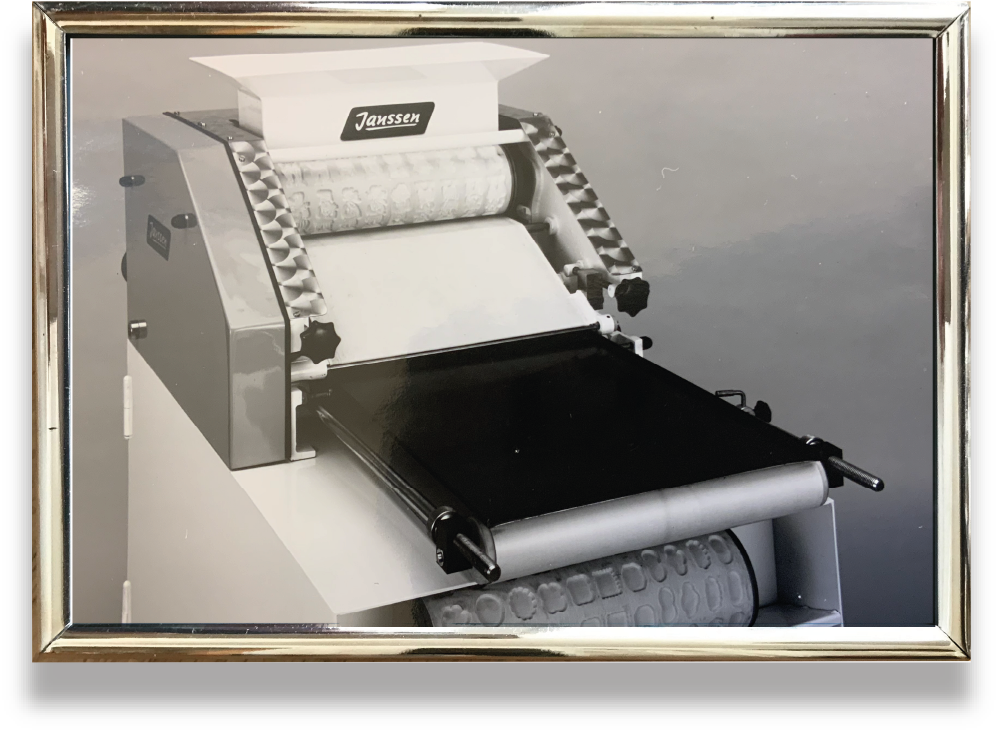 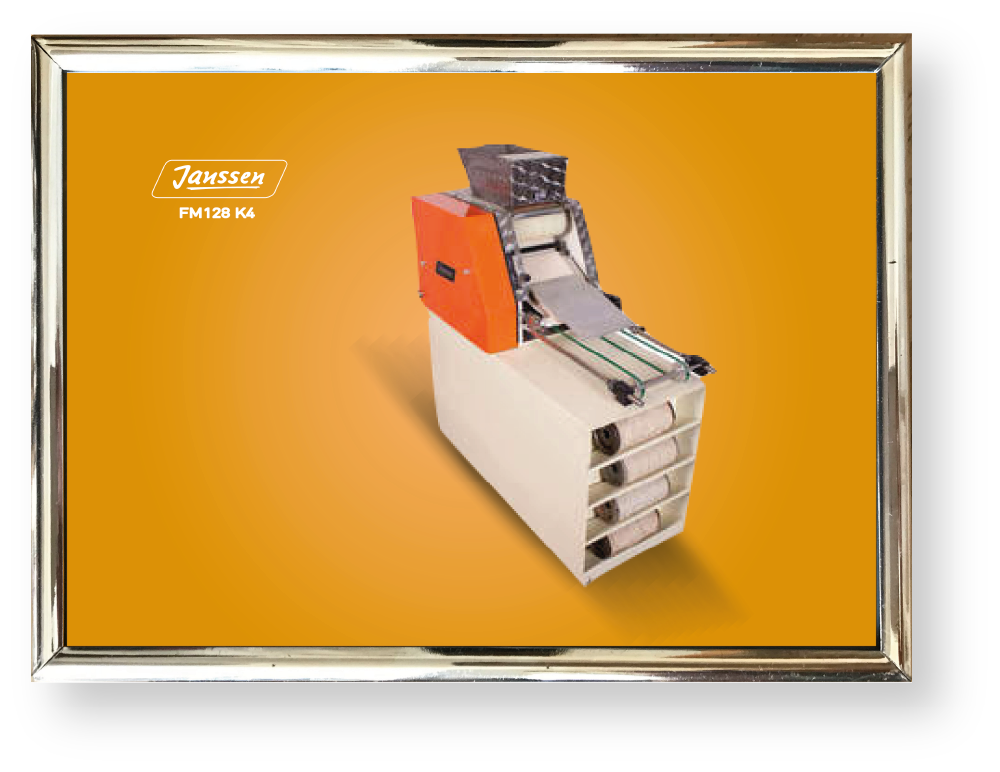 Cookie formers in many sizes for softer and firmer doughs

In contrast to the many competitors of the time, Niederrheinische Formenfabrik Janssen produced their machines in high quality exclusively in Krefeld right from the start, and were therefore almost completely independent of external suppliers, which enabled the weathering of many a crisis. The machines can be found in very many bakeries and confectioners in Germany and neighbouring countries. Janssen cookie moulding machines are found especially in the higher-end product range which intentionally sets itself apart from mass-produced goods. 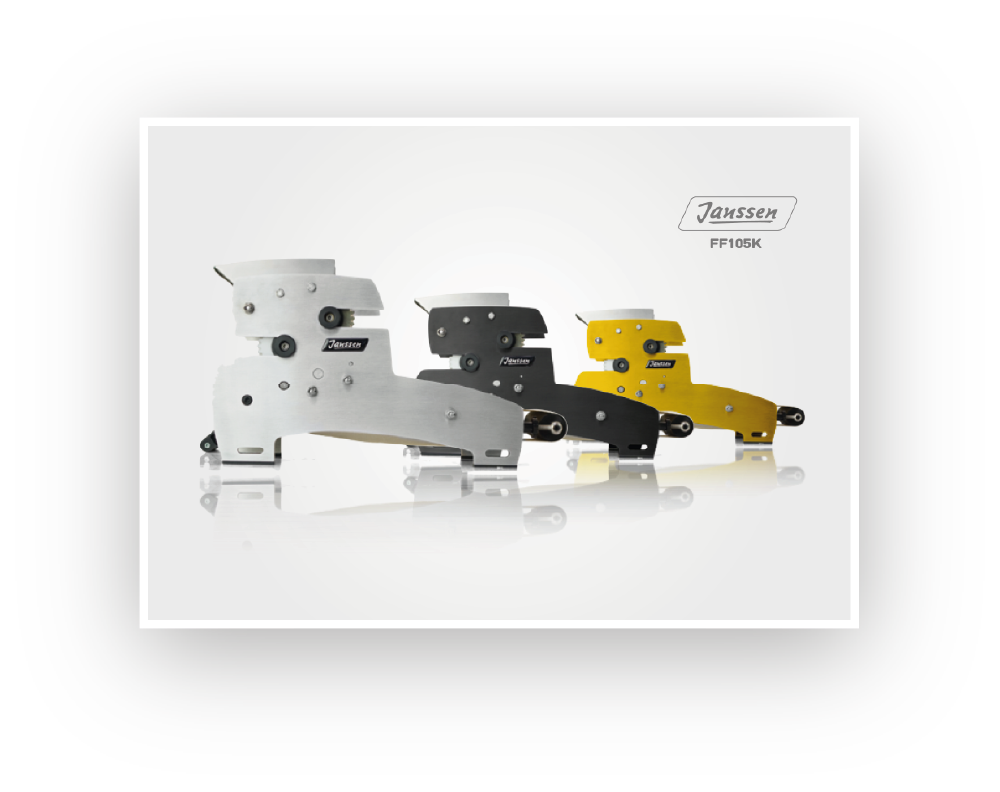 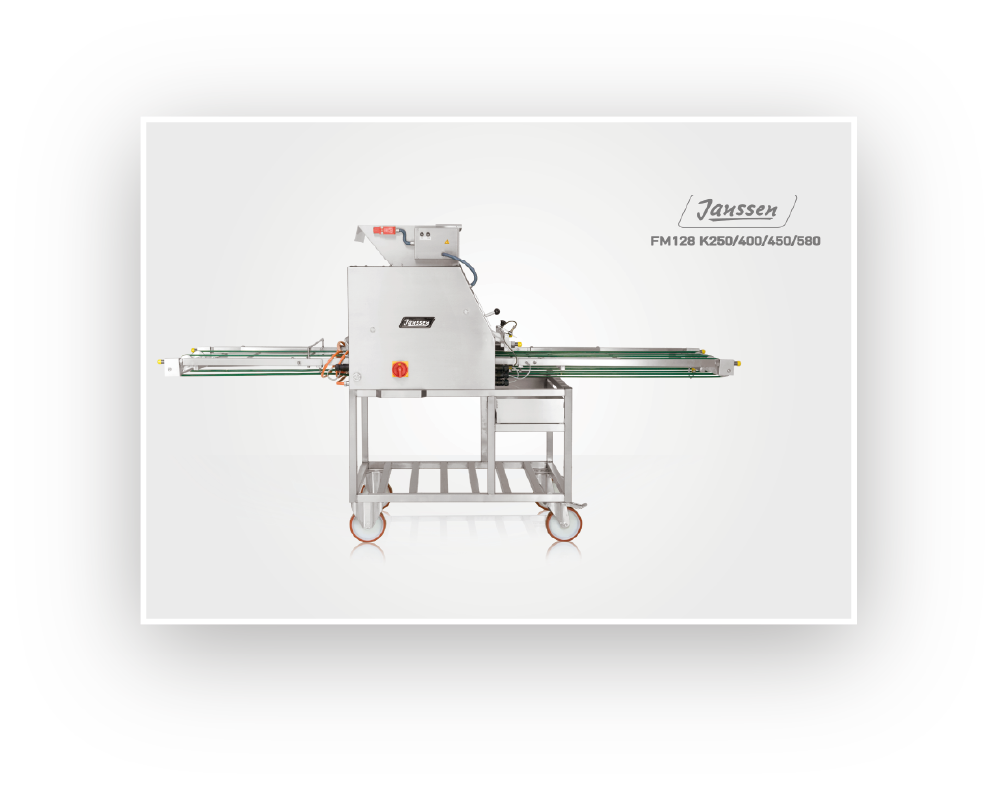 In recent years, the cookie moulding machines which have enjoyed great success since the ‘60s of the last century have been completely reworked and redesigned. This effort has transported not only the cookie formers, but also the entire spectrum of production and work processes for their employees into the 21st century. It has not been an easy road. A solid basis for the coming generation has been established and the Janssen team still has a good deal planned for the ensuing years. 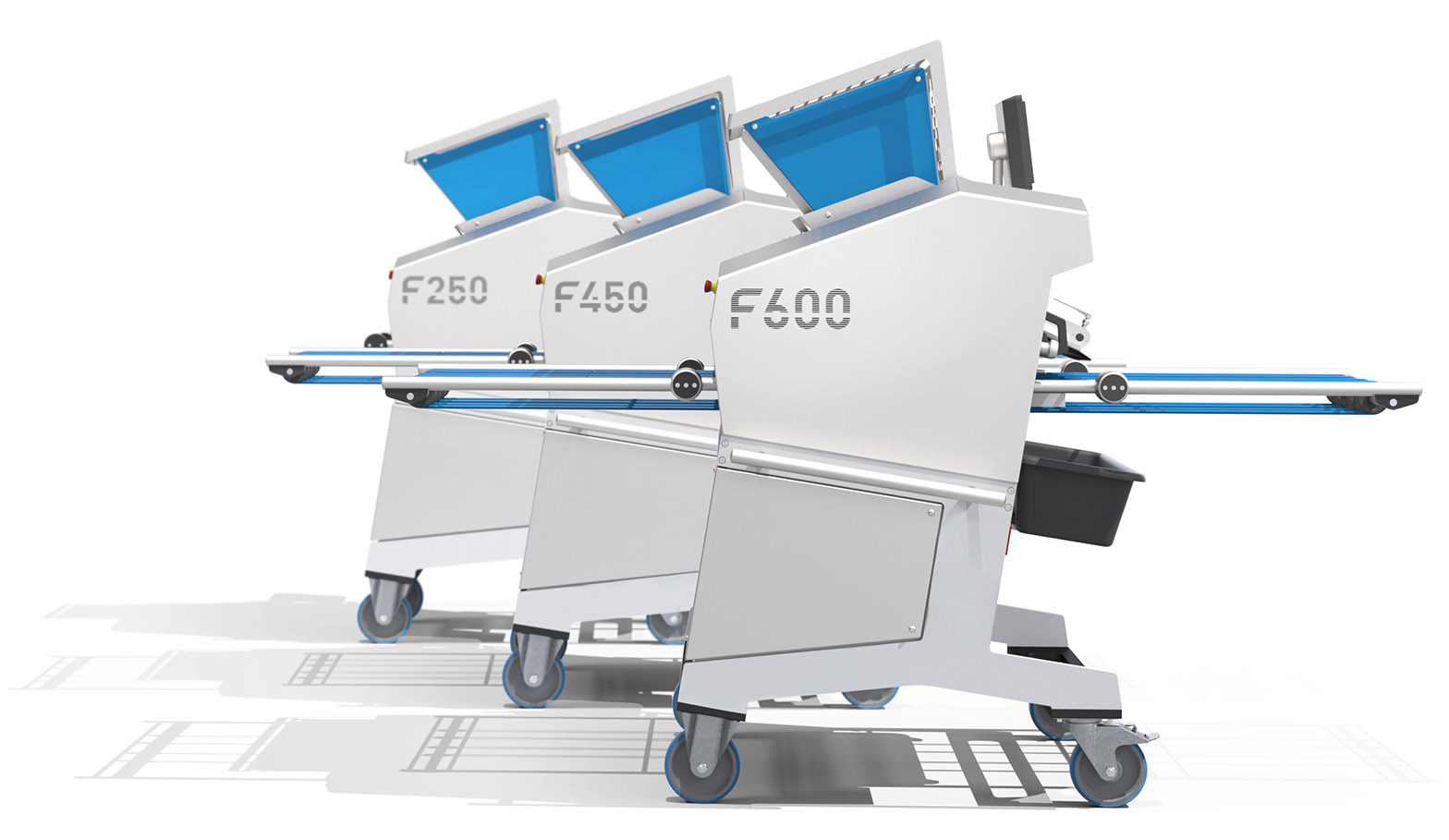 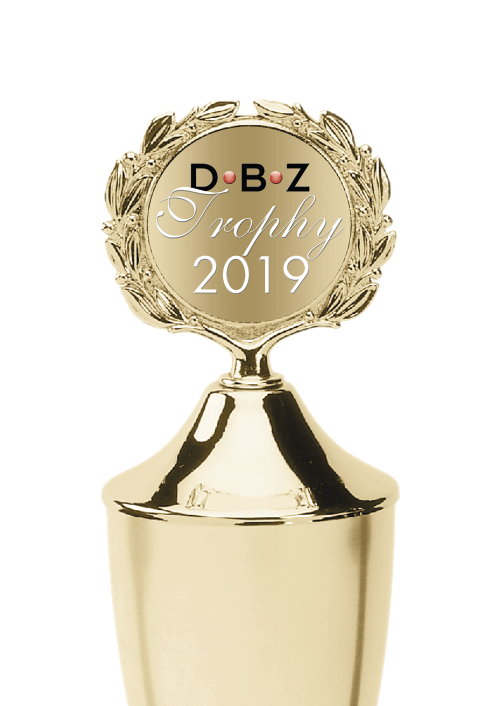